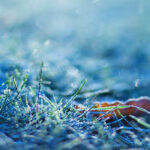 My Grass is Blue

by Wayne Erbsen [sayit] They didn’t call her Mother Maybelle for nuthin.’ Nope. In addition to being the mother of three girls (Helen, Valerie June, and Anita), Maybelle Carter certainly earned the title of Mother of Bluegrass Guitar. Starting in 1927, her lead and rhythm guitar playing laid the foundation that was built upon by [...]
11

[sayit]Bluegrass hero Lester Flatt had a lot to be proud of. One of his most lasting achievements was the G run that bears his name. You can hear this distinctive guitar run in practically every traditional bluegrass song that can be played on the guitar using a G shape chord. In its original form, it [...]
5

[sayit]When we talk about the most popular bluegrass songs, “Nine Pound Hammer” nearly always floats to the top. Let's follow the scent and try to sniff out the origins of this famous tune. After the Civil War, when able-bodied men were scarce, former slaves and convicts were conscripted to build tunnels and lay track in [...]
7

The Country Gentlemen [sayit] In the early 1970s “Fox on the Run” was among the most requested bluegrass songs. Along with “Rocky Top,” a bluegrass band could scarcely play a show without fans yelling for “Rocky Top” or “Fox on the Run.” The song was written in 1968 by an Englishman named Tony Hazzard [...]

My Grass is Blue

Music is a Language We All Understand

From Wicklow, Ireland, My Grass Is Blue is brought to you by Dave Byrne, the driving force behind www.mygrassisblue.com, the Irish-based family agency promoting and specializing in bringing the best of bluegrass to Ireland and beyond.