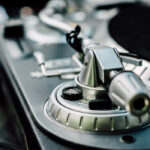 Bluegrass From The Country Store

Pull Up a Seat

I was born and raised on a farm in Piney Grove, Kentucky.  Piney Grove is located in Laurel County which is in the southeastern part of the state.  Upon graduation from high school, I joined the United States Army in which I served for seven years.  After the military I returned to Kentucky and settled in the Lexington area and then in the late nineties I moved to Northern Kentucky to a little town named Independence.  I am married with three children and three grand children.

I have always enjoyed country and bluegrass music, but I never really got involved.  Around 1997, I met a couple guys that  changed that through Mike Grimes (Host of Gospel Express on The Bluegrass Jamboree), Lardo and Burley, The Moron Brothers.  We would all get together for a jam session weekly and my interest and love of bluegrass music started to grow.  After moving to Northern Kentucky, my interest continued.  I was able to start a jam session through my employment that evolved into a festival that evolved into hosting a bluegrass music show on a local terrestrial radio station.  During this time I also was fortunate to be involved in playing in three different bluegrass and bluegrass gospel bands.  The highlight of my musical career has been playing at the Ryman Auditorium twice. 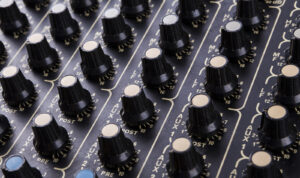