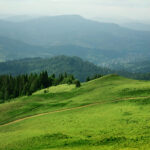 [sayit] Folks, August 27, 2021,  marked what would have been the 96th birthday for my father, Carter Stanley. For many people, their birthdays are a cause for celebration. I can only hope that my Daddy found some small comfort at those times. I know he had to be lonely for his mother and wife that he had to leave for long periods of time in the early days. I don’t know if he ever fully realized when he decided to play music for a living that his job as a bluegrass musician would mean being totally isolated on the road except for maybe a phone call every now and then. All the things that most families celebrate together now, via cell phones, the Internet & all forms of social media were nonexistent for him. For instance, on his birthday in 1948, he was busy working with the Clinch Mountain Boys by performing on an early morning (6:00 AM!) radio program on WPTF in Raleigh, North Carolina – far away from his beloved Clinch Mountains of Virginia. Again, in 1952, an early morning broadcast on WOAY in Oak Hill, West Virginia, kicked off my father’s special day. No big family celebrations with his family.

By the mid-‘50s, he at least got to sleep in a little bit before going to work on his birthday. In 1955, there was work to be done by performing on the popular noontime Farm & Fun Time program on WCYB in Bristol, Virginia. Then he and the band had to head out of town to Danville, Virginia, where they played later that evening on the Virginia Barn Dance. A year later, in 1956, Farm & Fun Time called again to take up part of Daddy’s special day.

In 1960, our family was living in Live Oak, Florida. Daddy and Uncle Ralph moved there in 1958 singing on the radio for Jim  Walter Homes. My father thought that new audiences would be receptive to the ole-timey mountain music of the Stanley Brothers. And he was right. It was still two years before I was born but from what I understand, much of my father’s work at this time was mainly in Florida. On Saturday nights, it was usually television work in nearby Jacksonville on WJXT. It was only an hour and a half drive from Live Oak to Jacksonville and hopefully, he got to spend part of his 1960 birthday with family before standing under the bright lights of a television stage. Obligations and responsibilities involving the music he and Brother Ralph were performing seemed to take up most of his time.

Daddy’s last birthday on earth was spent in Piketon, Ohio, performing an outdoor show there. By this point in time, it had become second nature for him put work ahead of himself and family. And make no mistake, work took him away from his family. Most men that I know nowadays would struggle with that kind of sacrifice. His belief in the old mountain music that he and Brother Ralph were performing and how to make a living at it were what drove him. – At the recent ceremony launching the opening of my late uncle’s exhibit at the Country Music Hall of Fame in Nashville – Ralph Stanley, A Voice From On High – my cousin Ralph Stanley II repeated the story of how the members of the Stanley band bunked more nights on the road with each other than they did at home with their wives!

Most people receive gifts on their birthday, but my father was always giving. He always tried to give back using the talent the good Lord blessed him with. The only way he knew to do this was to give the gift of his music to the world. Sometimes it was a live performance or a radio or television broadcast. Other times it might have been the gift of a new song. Perhaps the best gift of all was his contribution to what we know and love today as the Stanley Style of bluegrass music. My father’s songs and the Stanley Brothers’ legacy is his biggest gift to the world. And it just keeps on giving. My father was the manager, bandleader, emcee, booking agent, and lead singer, all rolled into one when they first started out. What a huge responsibility for him it must have been. He had such a vision and refused to give up on his dreams even at the bleakest of times. Together, while singing and performing, he and Brother Ralph had magic on stage.

Brother Ralph, being a bit shy, was more than happy to let my father take over and guide them in the direction that gave them their start. It was this foundation that they built together and my father’s direction which enabled my Uncle Ralph to carry on after my father’s passing on December 1, 1966. Daddy, being the gifted songwriter that he was, gave us songs that are as fresh today as when audiences first heard them many years ago. Songs that new bluegrass bands, as well as country performers and musicians in other genres of music,  are playing on stages all over the world right now. Sometimes, it just blows my mind to think in those terms but it’s fact.

To try and measure the impact that my father had on country and bluegrass music is impossible. His poise on stage and the powerful, emotional delivery with which he brought his songs to us are things that people still talk about to this very day, almost 52 years after his passing. It seemed to come as natural to him as breathing. When I watch the few videos that are available to us, he made it look effortless. I can only think of a handful of mega country music stars or bluegrass stars who have had such an impact on audiences that folks still love and remember them as they do my father this many years later. I’d say that’s quite an accomplishment for a young country boy. My father would never have believed his songs would have this effect on people. What a gift he himself was to us all![/sayit] 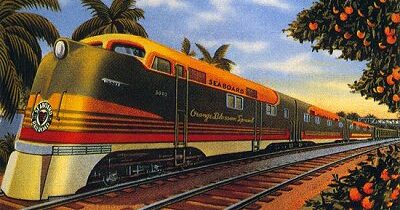